Skip to content
You are here
Home > Featured Stories > Venue promotes “The only place you can get away with groping artists”. Here’s why that sucks.

A while ago, a 16,000 capacity venue in the south of Paris closed to be completely reworked and was bought by international business group Accor Hotels. It’s due to reopen at the end of this month, and to promote that grand reopening, an ad campaign appeared last week in the Parisian public transport. On one of them, the text reads “Le seul endroit où vous pouvez peloter des artistes sans vous soucier des conséquences”, which translates to “The only place where you can get away with groping artists”, and the next panel shows a person crowd surfing. The first time I saw it, I had to take a step back in indignation. Here’s why ads like this are harmful and why we need to kill the belief that someone crowd surfing gives you the right to grope them.
Let’s examine what generally happens when just anyone stagedives at a floor show : people catch the person (hopefully), they stay up for about a minute, then people let go and they eventually get back on their feet in the crowd. At least that’s what it should always be. When artists do it, it’s generally the same thing except maybe people are a bit more excited and it lasts way longer than if it was just a person from the crowd, but that’s most of the time everything that happens. However, we’ve seen cases where people crossed a line and didn’t respect the performer’s intimacy, like what happened to Enter Shikari’s Rou Reynolds earlier this year, when someone groped him while he was in the crowd and he defended himself. As Reynolds rightfully puts it, “the ticket price for an Enter Shikari show doesn’t include free access to my gonads I’m afraid. You’re not a doctor. And I’m not a prostitute.”. The fact he had to explain himself and justify that no, buying a ticket to see a band doesn’t give you the right to sexually assault (yeah, right, I know, big word, but let’s call this what it is) the members should they jump into the crowd alone makes my stomach turn. So, by putting out an ad where they’re basically telling the public “go on, grope artists, sexually assault another human being, nothing will happen to you anyway”, and there’s something extremely wrong with that. First of all, no human ever owes you anything, not because of the way they’re dressed, not because they flirted with you, not because you’re in a relationship, and certainly NOT because they jumped into a crowd and you happen to be in it and you paid to see them. Second of all, what bothers me— and it should bother everyone, really—  is how the wording of this ad implies that it’s okay to grope people if you don’t get caught. Pardon my french here but what the fuck?!

Now, I’m sure Accor Hotels Arena don’t condone either of those things and should someone get sexually assaulted at one of the shows in the venue they’d do something about it (hopefully!), but wording something this way to promote your venue becoming active again when you know thousands of people are going to see your ad campaign is extremely clumsy and unfortunate. (and sadly this isn’t their only badly worded ad : if you read french, you can read about another one that was deemed extremely sexist here , and the company said they’d remove it from public transport after severe backlash.)

Furthermore and even outside of France, this ties back to the question of entitlement at shows— in 2014, someone tried to kiss Pity Sex and Tigers Jaw vocalist Britty Drake and Brianna Collins, sparking this very true reaction from Drake when she addressed the matter : “Sucks that a culture of entitlement has engrained that it’s cool to kiss nonconsenting strangers so well that he didn’t know what he did wrong”. Collins had also reacted and released a statement then, saying that she didn’t want it to have to come to no stagediving allowed at future Tigers Jaw shows, but if something like this happened again, it would be the only solution, and it’s a story I like to keep in mind even though yeah, nothing happens most of the time, but we do need to be careful with the words we use and which messages are conveyed. Because now more than ever, shows should be a place where no one—and especially women— should have to worry about being touched without their consent. 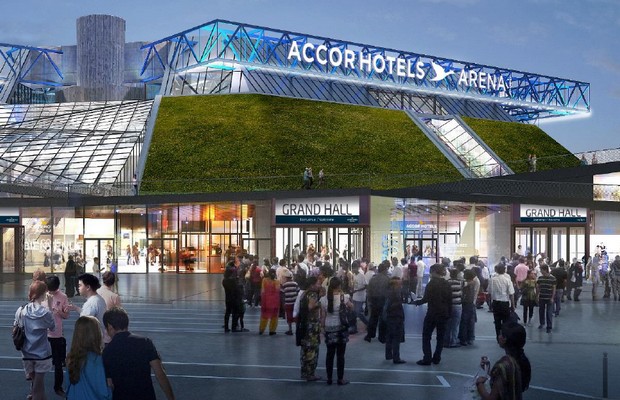 Alma
I live in Paris. My music taste is a mix of Emo, Pop/Punk,and everything in between. I want to be a journalist when I become an adult. When I’m not listening to sad bands or ranting about feminism, I do embroidery and watch Parks And Recreation.

TAKE IT TO THE STREETS